6 of the Best (and Most Offbeat) Attractions in North Dakota! 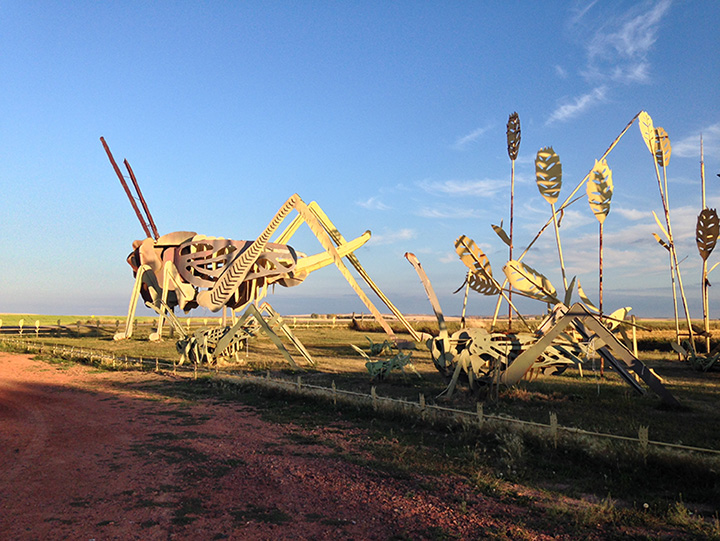 Looking for the oldest still-intact missile launch control site? Or maybe an enormous turtle, cow, and buffalo? You can find all those oddities and more right here in North Dakota. If you’re a curious visitor or resident, you’ll be pleased to find an abundance of unusual attractions in the state. Here are the 6 best.

In 1996, the Coen brothers put the city of Fargo on the map when they released the cult-hit “Fargo.” One of the movie’s most infamous scenes involves a wood chipper, which is now on display at the Fargo-Moorhead Visitor’s Center. Grab a fake leg, don a movie-style fur cap, and take advantage of a photo op like no other.

A 30-mile stretch of roadway, the Enchanted Highway is North Dakota’s most unique attraction. Local artist Gary Greff began building the large scrap metal structures in 1989 and plans to continue adding to the collection. The Enchanted Highway begins with “Geese in Flight” on exit 72 near Gladstone and continues until “Tin Family” near Regent. In the middle, you will find “Deer Hopping,” “Grasshoppers,” “Fisherman’s Dream,” “Pheasants on the Prairie,” and “Teddy Roosevelt Rides Again.”

Located in North Dakota’s Turtle Mountains, Dunseith is home to W’eel, a giant turtle constructed from over 2,000 steel wheel rims. Created in 1982 by George Gottbreht, W’eel’s head alone weighs over a ton and bobs up and down on a pivot.

The largest buffalo in the world resides in North Dakota. Located in the Pioneer Village and National Buffalo Museum, which also includes a herd of live bison, Dakota Thunder was created in 1959 by Elmer P. Peterson, who taught at nearby Jamestown College. Peterson built the buffalo out of concrete. It weighs 60 tons and is 26 feet tall and 46 feet long.

This site holds the remaining remnants of the 321st Missile Wing, which is a gathering of intercontinental ballistic missile launch sites spread across 6,500 square-miles near the Grand Forks Air Force Base. This area played a pivotal role in the Cold War in North Dakota, and across the globe. The site is the last launch control center still intact.

Few people know that the geographical center of North America lies in North Dakota, but Rugby is proud to hold that honor. The spot is marked by a 15-foot rock obelisk, which is flanked by poles flying the United States and Canadian flag.