Editors' Picks: 20 of the Best Things to Do in North Dakota! 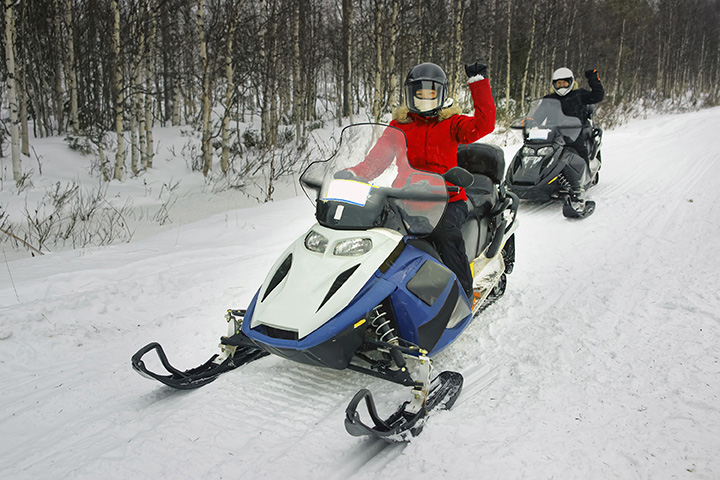 As a young man, Teddy Roosevelt was sent to North Dakota to help his health; he later said that he immediately fell in love with the state, a passion that lasted for the rest of his life.

And what's not to love? North Dakota is home to more national wildlife refuges than any other state. It grows the most sunflowers than anywhere else in the country, produces the most sugar, and, at 60 tons, is home to the world's largest buffalo statue.

On their way westward, Lewis and Clark spent more time in North Dakota than anywhere else on their journey. So there must be something to the state. Interested in finding out why? Here are 20 of the coolest things to check out about the Roughrider State.

This lavish 19th century hunting lodge was built by a French aristocrat (hence, the fancy name) who launched (and lost) a meatpacking business. Many of the original furnishings are still in place, showcasing a grander time. (Medora)

Half of this 2,300 acre garden is in North Dakota, the other half in Canada. There are plenty of trails, and a conservatory housing many interesting plants - including thousands of cacti. (Dunseith)

Climb aboard this 150-foot paddle-wheeler, for a leisurely cruise along the Missouri River. You can book a reservation for lunch, dinner or the sunset trips. (Bismarck)

It's known as the "Stonehenge of the prairie," with stone and cement structures installed near the Turtle Mountains. Besides looking pretty cool, they also serve as a functional solar calendar. (Bottineau)

Celebrate the return of the baseball season at this museum celebrating one of its legendary players. During the 1961 season, he hit 61 home runs. Examine many artifacts from his life and career, and watch vintage footage of him in action. (Fargo)

Nothing like giant metal sculptures to dress up a boring stretch of roadway out in the middle of nowhere. Beginning in 1990, a retired teacher took his passion for metal sculpting to the next level, installing everything from a giant grasshopper to a depiction of geese in flight along the highway. Fun! (Regent)

One of the most interesting aspects of the museum is the live herd that's on site - including a rare albino buffalo named "Dakota Miracle." (Jamestown)

It's 70,000 acres of sheer beauty, dedicated to one of our country's great lovers of the outdoors. There's excellent hiking and plenty of chances to spot everything from bison to prairie dogs. Consider taking one of the guided horseback tours that are available.

Lewis and Clark built a fort here in 1804 as a place to ride out the winter (sadly, it was destroyed by the nearby river later on). But there's been extensive archeological work since, uncovering everything from tools to pottery. The site overlooks this significant location in the Lewis and Clark story. (Washburn)

From ranching to the rodeo, this excellent museum celebrates the state's long love affair with the Western lifestyle. Yippie-tay-yay! (Medora)

It really is/was on a slant - but despite that unfortunate angle, this 400-year old village thrived for centuries. Reconstructed earth lodges give you a sense of how they lived (even if some items were always rolling downhill…). (Mandan)

If you ever wondered what it was like to live as a pioneer, this village will give you an authentic taste. There are dozens of historic buildings spread over 12 acres, and thousands of artifacts from the state's early days. (West Fargo)

Close to 40 percent of North Dakotans are of Scandinavian ancestry; this wonderful park showcases many of their traditions. Some of the eye-popping outdoor displays include a 27-foot tall "Dala Horse" and a centuries-old log house from Norway. (Minot)

The legendary Sioux leader oversaw the defeat of General Custer at Little Big Horn in 1876. Years later, he was shot and killed at Fort Yates. While his bones were moved after the fact, this is a revered place for fans of Western and Native American culture. (Fort Yates)

For 11,000 years, Native Americans occupied this site along the Missouri River. You can still see remains of the earth lodges that once housed them. Sacagawea, who was so instrumental in helping Lewis and Clark, once lived here. (Stanton)

Come in from the cold and have a gander at pieces ranging from those by Mary Cassat to regional Native American artists. There are over 3,000 different works to indulge in. (Fargo)

Year round, Devil's Lake is one of the state's most popular sites - and winter doesn't slow it down. It has some of the best ice fishing around.

It's one of the last remnants of the Cold War, and a chilling one. This site gives a sense of what it was like to live under that threat - and be right in the middle of it. (Cooperstown)

You'll be surprised at the amount of treasures within, from Native American pieces to dinosaur artifacts, gemstones and military treasures -and more. (Bismarck)

Besides nearly 3,000 miles of groomed trails throughout the state, there are several hundred miles of trails "off grid" that are attractive to snowmobilers.