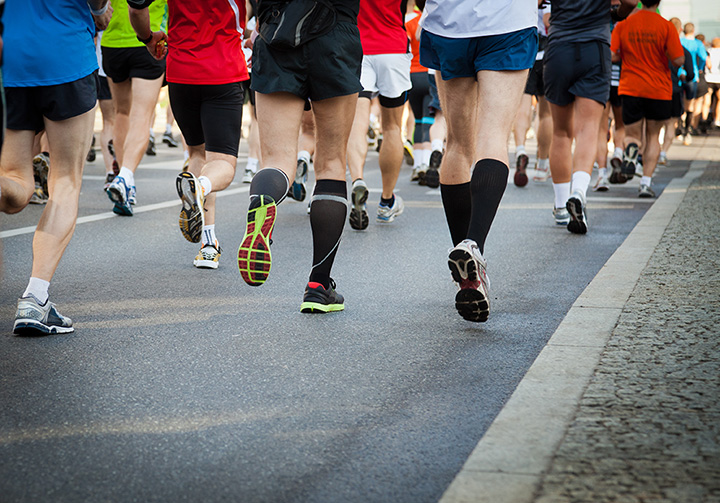 Between runs devoted entirely to women and runs through freezing temps, North Dakota’s road races invite a variety of participants to lace up their running shoes. Along with the thrilling race, some events have live music and other amenities during/following the big event! The Roughrider State has races suited for all skill levels, and here are the 7 best.

Although smaller than the Fargo Marathon, Bismarck’s race is also a Boston qualifier and has been one of the state’s premier races since its inception in 1981. Located along the Missouri River, the event also features a half marathon, 10K run, 5K run, and 5K walk.

The home of North Dakota’s first marathon almost three decades ago, Grand Forks brought back the marathon last year, where it joined the race’s marathon, 10mile/10K run, and family fun run. That marathon course includes a stretch through some of the city’s original architecture, making it a unique race that is as beautiful as it is demanding. The marathon is a Boston qualifier.

Although Fargo may be best known for the Fargo Marathon, the Mini Marathon has come into its own in recent years. While the marathon is held in the spring, the mini is held in the fall, allowing runners to experience the beauty of the season while they snake their way through some of Fargo’s most beautiful neighborhoods. The event also features a 10K and 5K run.

Nothing shows your running mettle more than race in the middle of winter—in North Dakota. The Frozen Feat event features a 10K and 5K individual run and a 10K and 5K lovebirds run. Is there a better way to show your love than running next to your sweetheart in zero-degree temperatures?

Want a bigger challenge than a marathon run on flat land, check out the Badlands Trail Run. Formerly known as the Badlands Trail Run, the race will take you through North Dakota’s Badlands, which means a variety of terrain that is often relentless and unforgiving. The event includes a 10K run, half marathon, three-quarter length marathon, full marathon, and endurance races of 54, 79, and 106 miles.

The state’s only race devoted entirely to women, the Go Far Run was established to honor Dr. Renee Schwandt, an OB/GYN physician at Essentia Health. The event includes a 5K run, 10K run, half marathon, two-person relay, 12 years and under run, a Diaper Dash for crawling babies, and a Toddler Trot for youngsters under age four. All proceeds from the event benefit the Essentia Health NICU.

8:30 AM
Minot, ND
Learn More
Select a North Dakota town to find
the Best Things-To-Do and Places To Go around you