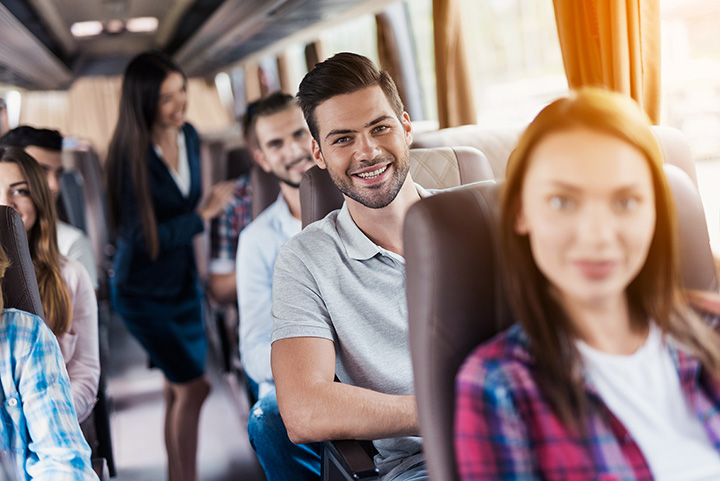 North Dakota is a treasure-trove of unique terrain, unaltered natural beauty, and historical significance. Although most of it can be explored on one’s own, taking advantage of the state’s guided tours will give you the opportunity to learn from the experts and see things that might have otherwise been missed. If you want to know more about North Dakota, consider taking one of the following guided tours.

In 1876, Lt. Col. George Armstrong Custer and the Seventh cavalry attacked the Sioux Indians living at Little Big Horn, a battle that ultimately proved fatal for Custer and his men. The area from which the brigade departed is now commemorated at the 1,006-acre Fort Abraham Lincoln State Park. Important buildings of the military post have been reconstructed, including the Custer House and the earth lodges of the 16th century Mandan Indians.

Lewis & Clark are invaluable parts of North Dakotan history and the Interpretive Center is a great way to study their expedition, particularly the time spent at Fort Mandan during the winter of 1804-1805. Learn about their trip, view authentic artifacts, and hear a few lesser known facts that will make you the envy of your friends during your next trivia night.

The Cold War was an active time in North Dakota. The Minuteman Missile Site includes the last fragments of the 321st Missile Wing, a series of intercontinental ballistic missile launch sites that were created to provide surface to air protection for the Grand Forks Air Force Base. The site consists of two distinct facilities, the Oscar-Zero Missile Alert Facility and the November-33 Launch Facility. Visitors will receive a guided tour of the realistic topside facilities and an unparalleled glimpse into life during one of the tensest political times in the country’s history.

There is only one opportunity to view wild horses in their natural habitat and that is at the 1,000-acre native prairie working horse ranch. Wild horses are some of the most beautiful creatures in the world and Nakota Horse Preserve will give you a chance to witness the majestic animals as they were meant to be viewed. In addition to touring the ranch, you can also hike, fish, and even camp on site.

The Bagg Bonanza Farm provides visitors with an authentic look at life on a bonanza farm in the early 20th century. Once encompassing over 7,000 acres, the farm operated between 1915 and 1935. Now a 15-acre museum, the complex’s centerpiece is a fully restored 21-bedroom house that gives guests a one-of-a-kind trip back in history. The Bagg Bonanza Farm was declared a National Historic Landmark in 2005.

The Fort Totten Historic Site is an important vestige in the state’s Native American history. The location was built in 1867 and served as a military post until it became a boarding school in 1890. The primary buildings at the site have been preserved, giving visitors a realistic historical experience. Interestingly, the site was also used as a Tuberculosis Preventorium from 1935-1939. Fort Totten became an Historic Site in 1960.

Interested in experiencing an authentic representation of life in the 1800s? A visit to Bonanzaville is in order. Step inside an authentic blacksmith shop, cozy up to the bar at the Brass Rail Saloon, try to imagine a typical day at the Dobrinz School, or stroll through the Law Enforcement Museum. Few activities will make you more grateful for the contemporary luxuries that are so easy to take for granted. Bonanzaville is open year-round and portions can also be rented for special occasions.

A trip aboard the Lewis & Clark Riverboat will provide you with an incomparable and authentic North Dakota experience. Part of the Fort Abraham Lincoln Foundation, the riverboat will take you on a beautiful 1-2-hour cruise down the serene waters of the Missouri River. In addition to its public trips, the riverboat can also be rented for private parties.