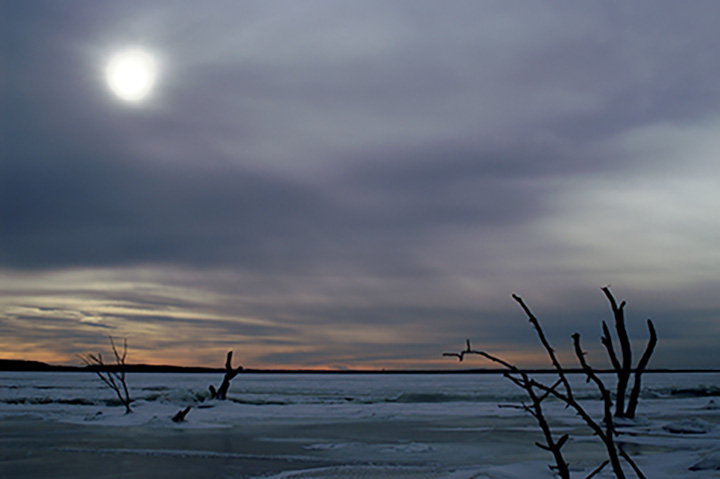 Most societies have legends or ghost stories that have been handed down through the generations. Most stories turn out to be nothing more than scary campfire fodder meant to make spines tingle and children run for cover. Some tales, however, seem to be based on more than just the creative story telling. Real or imagined? You be the judge.

The Legend of White Lady Lane in Walhalla

Legend has it that many years ago, a very beautiful young girl named Anna Story lived in the area with her family. Young Anna caught the eye of traveling peddler Sam Kalil, who asked the family for the girl’s hand in marriage. Anna’s mother refused Kalil’s request, telling him that she would reconsider his proposal if the peddler returned when the girl turned 16. Kalil did, but Anna’s mother still refused, infuriating the man. Kalil took out a gun and shot Anna dead in her living room, also shooting the girl’s mother. The mother survived and Kalil was sent to prison, despite a failed attempt at taking his own life. Ever since that fateful night, Anna appears every Halloween near a misty bog called Eddie’s Bridge. Still in the white flannel nightgown she was wearing when she was killed, Anna walks and searches—for what nobody knows.

The legend goes that a ferocious sea monster in Devils Lake wiped out an entire army of Native Americans. After the first surfacing of the beast, the lake become heavily polluted. So much so that fish began to disappear. Allegedly, the monster swallowed up a whole group of Sioux Native Americans. The group concluded that the monster appeared in the lake via an underground river.

Located near the mighty Red River that separates North Dakota and Minnesota, Riverside Cemetery has been the source of ghost stories for many years. Ghost hunters have apparently recorded what sounds like knocking near the doors to several mausoleums. Other visitors have also reported hearing strange voices coming from gravestones and feeling like they were being watched, even when nobody else was there. Nobody else that was visible, that is.

Built in the early 1940s, San Haven was once the home of over 900 tuberculosis patients. Later, it was used to house developmentally disabled patients, which it continued to do until closing in 1989. Rumors of patient abuse and neglect plagued the sanatorium and it is believed that past patients still roam the hallways of San Haven looking for their revenge. Local lore also includes the tale of a ghost hunter who died after falling down an elevator shaft. It is said that his ghost also haunts the building, next to the very ghosts he was chasing.

Tales of river/lake/swamp creatures have been told all over the world for centuries, including in North Dakota. Miniwashitu is a terrifying monster that lives in the Missouri River. Legend has it that although many have seen the creature beneath the water, it has only been spotted above by one man, who lost his mind and died shortly after. The man could give a description of the beast, however, telling listeners it had red buffalo-like hair with a single eye and horn and a long and jagged spine sticking out of its back. It is said that anyone who comes face to face with Miniwashitu will shortly go insane and die.

The Arikara people frequently tell the story of Bloody Knife, an Arikara Indian scout who was murdered at the Battle of Little Bighorn. Legend has it that after Bloody Knife was killed fighting for his people, his buckskin horse found its way back to Like-A-Fishhook Village near Garrison, a trip of over 500 miles. According to Arikara lore, the ghosts of all those who died in battle with Bloody Knife were embodied in the horse, which returned home to tell the story of their courageous battle.

The university is home to two legends that have found their way to the ears of innocent freshman for decades. One takes place in Ceres Hall, where a man hung himself from a heating pipe in the basement during World War II. Since then, students and staff have reported hearing voices, feeling a presence behind them, and experiencing sudden temperature drops. It is believed that the young soldier who took his life has never left the building. The second legend involves Minard Hall, where a double homicide took place on the fourth floor in 1920, in what was then a dance studio. The male and female, who were in their early 20s, were found by a janitor the next morning. Investigators were never able to determine exactly what happened that fateful night, but the ghosts of the two students are believed to continue to roam the halls.

The Stairway to Hell

Although now an abandoned town, Tagus has been the source of much ghoulish lore. While most buildings are in ruins, it is the location of the former Lutheran church that is the hotspot. Rumor has it that the church was actually a home for satanic worshippers. The building was eventually burned down by vandals, but not before word spread that a stairway to hell could be found under the church’s foundation. It is believed that if you stand in the right spot, you can hear the screams of those souls who have been damned to hell. Visitors have also reportedly seen bloody hell hounds that appear out of nowhere, glowing gravestones, and even a ghost train on the tracks that run through the town.

Before the elementary school was built in 1915, the land was part of the county fairgrounds. Legend has it that when a local circus company visited the area in the early 1900s, one of its two elephants died from an apparent heart attack. Instead of paying the high cost of transporting the deceased elephant back to their home base, the circus company buried the elephant in the dark of night and snuck out of town. Although the presence of the animal’s remains has never been conclusively proven, the legend has been told and retold in the Horace Mann neighborhood for over a century.

The legend got its start in 1889, when former North Dakota Governor Frank Briggs died of tuberculosis in the master bedroom of his mansion. Almost immediately, word spread that the ghost of Governor Briggs was still in the house. Despite these reports, subsequent North Dakota governors lived in the mansion until 1960. The stories continued, however, and although the house was restored in 1975 and turned into a museum, the ghost has apparently remained, as people have reported hearing footsteps and voices.