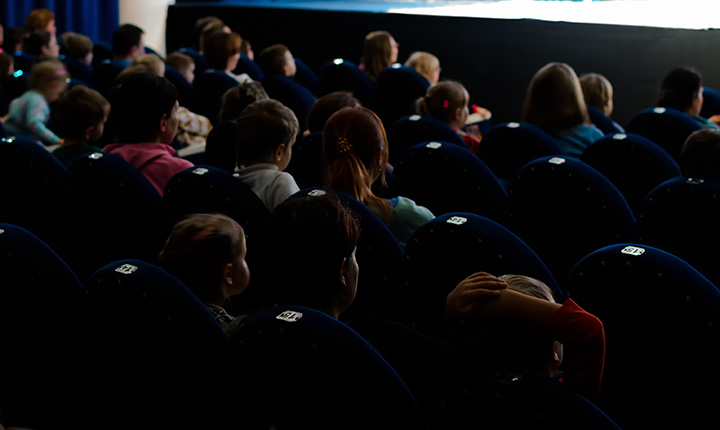 People have been enamored with the stage for centuries, and North Dakota is no exception. Frequently, some of the best live theater venues grant audiences an intimate show-watching experience with a smaller venue size and ideal atmosphere. North Dakota is home to several smaller theaters, giving patrons the dramatic experience they’re looking for. Here are the seven best places to see live theater in the state.

Home to North Dakota State University’s many musical and theatrical performances, the Festival Concert Hall 1,000-seat venue built in 1981. NDSU’s theater program provides some of the area’s premiere live theatrical events. In addition, its music program is hard, if not impossible, to beat.

Located in a renovated warehouse, Theatre B is home to the productions of many lesser known, yet excellent, plays. A smaller venue than its theatrical counterparts in Fargo, Theatre B is nevertheless known for envelope-pushing and thought-provoking productions.

A multi-purpose facility located in downtown Grand Forks, the Empire Arts Center has been called "a jewel in the heart of Greater Grand Forks." The theater was originally a movie house built in 1919 before it was renovated in 1998. The result is a unique theater setting with a vibe of authenticity and historical relevance. The Empire is home to a variety of live theater events, concerts, and community events.

Located on the campus of the University of North Dakota, the Fritz (as it is known to locals) was built in 1965 with the goal of being the best performing arts center in the Midwest. The 2400-seat auditorium is home to a wide variety of events, including theatrical performances courtesy of UND’s excellent theater program.

The eastern side of the state is not the only place to find good theatre. Minot’s Arlene Theatre is home to the Mouse River Players, an all-volunteer community theatre company formed in 1971. The Arlene was originally the Old Labor Temple before it was renovated by the theatre company in 2004. The Mouse River Players perform a variety of shows each year, including those geared towards children and families.

Created to give youth a place to explore their artistic talents, Sleepy Hollow is home to a variety of live theatre opportunities. The outdoor stage provides a unique viewing experience that sets it apart from its theatrical counterparts.

Created within the belief that “culture builds community,” the Arts Center provides the Jamestown community with a variety of arts activities. Operated by the Jamestown Fine Arts Association, the center includes a performance stage, classrooms, and an exhibition gallery.

818 Central Avenue, New Rockford, ND
HistoryFounded in 1991, the DPRCA is a non-profit organization dedicated to providing arts and cultural experiences to the heartland. Over the past... Read More

PO Box 2564, Bismarck, ND
About Us:Our society was founded in 2008 to provide residents of the Bismarck-Mandan area with free exposure to the life and works of William Shake... Read More

PO Box 42, Lamoure, ND
In the 1870's, pioneers of the area gathered in the natural loop formed by the meandering James River to relax from the rigorous life of the day. T... Read More

500 University Avenue West, Minot, ND
About Us:The Minot State University Amphitheater has been the home of the MSU Summer Theatre Company since 1971. This beautiful outdoor theater is ... Read More

11950 County Road 55, Walhalla, ND
About On summer weekends, many visitors spend the day shopping in the area, golfing or trekking through the hills and then settling in for the eve... Read More

PO Box 711, Walhalla, ND
About Us On summer weekends, many visitors spend the day shopping in the area, golfing or trekking through the hills and then settling in for th... Read More

Theatre Arts at the University of North Dakota

3280 Davis Drive, Grand Forks, ND
We have great programs in place and exciting plans for the future with a place for you. We promise a full curriculum for theatre majors with small ... Read More

1351 Main Avenue West, Harwood, ND
Mission: Harwood Prairie Playhouse was organized to provide an opportunity for people to become involved in the staging of a comedy theater prod... Read More

314 Broadway, Fargo, ND
About Us:Built in 1926 as a cinema and vaudeville theatre, the beautifully restored Fargo Theatre is now the premiere destination for cutting edge ... Read More

333 4th Street South, Fargo, ND
Mission: The mission of the organization is “Providing theatrical and educational opportunities to engage and enrich the greater community.&... Read More
Select a North Dakota town to find
the Best Things-To-Do and Places To Go around you