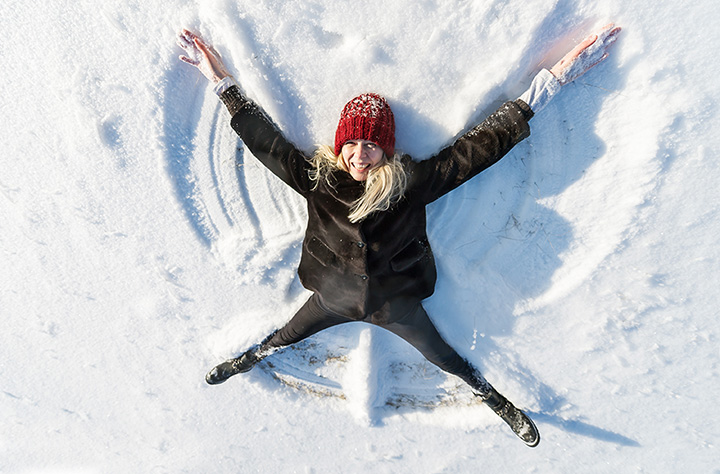 Every state has unique characteristics that give them their own unique identity. The state of North Dakota is no different. Although often considered a “fly-by” state, North Dakota is home to a wide variety of inimitable facts. Where else can you find the world’s largest buffalo monument or Salem Sue, the world’s largest Holstein cow statue? The next time you dismiss North Dakota as uninteresting and vanilla, consider the following fun facts about the state.

Although it is the third least populous state in the country, North Dakota is the 19th largest state, area-wise. The state of Rhode Island could fit inside North Dakota 46 times.

North Dakota was granted statehood in 1889. It was actually admitted the same day as South Dakota. Both states wanted to be the first to be admitted so to be fair, President Benjamin Harrison shuffled the statehood papers and signed them without knowing which state was first. Because North Dakota is alphabetically before South Dakota, its statehood was published first.

President Theodore “Teddy” Roosevelt spent a great deal of time in North Dakota, which is home to the Theodore Roosevelt National Park. Roosevelt first came to the area to hunt bison, but immediately fell in love with the land’s scenic beauty and natural wildlife. North Dakota’s nickname as the “Roughrider State” pays homage to Roosevelt as it refers to the first U.S. Volunteer Calvary that he organized to fight in the Spanish-American War. Another little tidbit: Teddy bears get their name from President Roosevelt.

Grand Forks’ Potato Bowl USA is one of the state’s most popular events. On Sept. 10, 2015, the event set a new word record when it served 5,220 pounds of French fries.

On Feb. 17, 2007, the state broke the Guinness World Record for the most snow angels made simultaneously in one place. The previous record of 3,784 was destroyed when 8,962 people participated in the event help on the state capitol grounds.

7. A giant buffalo and a giant cow

The largest metal sculpture in the world is in North Dakota. Retired schoolteacher Gary Greff erected “Geese in Flight” to break up the monotony of the highway. It is 156 feet long, 100 feet tall, and weighs 75 tons.

The inventor of the camera was a North Dakotan. David Henderson invented the camera in 1887 and named it by scrambling the first four letters of “Dakota” and adding a “K” to make “Kodak.”

It’s illegal to go dancing in Fargo with a hat on. It is even illegal to wear a hat at a party where other people are dancing. It is also illegal in North Dakota to take a nap with your shoes on.